Stephen Paddock, Mass Shooter. a Lesson For All of Us

You might not think he would have anything remotely in common, or to offer as an example to the audience of a website based organisation that aims to assist those managing on low incomes?

Paddock’s killing spree resulted in 58 victims and injured at least 489 people in the USAs biggest mass shooting to date.

One things that can be learned from this is – the risk of making a vice into a hobby.

Drink, drugs, gambling and sex, many might argue are the greatest pleasures you can have.

Aside drugs, which we totally don’t agree with here at the ABC because of their addictive nature, making a vice a (sole) hobby, is we feel a huge mistake.

A few beers after rugby or football, or gambling on the lottery and helping your community cannot hurt. Chasing the opposite sex in way that does not hurt anyone, such as an existing partner, will not cause any harm we would argue.

However, make a vice your only hobby and it can lead to trouble.

Drugs and excessive drinking can trigger schizophrenia, paranoia, depression and other forms of psychosis. Check out the long-term symptoms of your favourite vice on YouTube or the Internet and try and think ahead.

Prior to World War One the UK government encouraged a ‘gun in every cottage’. Shooting was promoted as a sport. Just as Henry the Eighth banned golf to encourage the population to practise archery, in order to prepare for the next European conflict. Gun ownership was actively promoted in the late 1800’s.

All that changed at the end of WW1. Fearing a socialist revolution, the returning servicemen’s guns were rounded up and dumped in the North Sea. Only the landed gentry kept their guns, for shooting vermin it was argued?

The demobbed troops were pacified. The newly formed British Legion sold low cost subsidised beer and the ‘Poppy’ came to symbolise the sacrifice. The dramatic and violent social change that the upper classes feared, never materialised.

In the USA the desire to own a gun is held by large numbers of people. In countries like Australia, South Africa or the USAwhere white settlers displaced the indigenous peoples, there may be a subconscious fear that those disadvantaged may want to claim back the land that was stolen from them?

Inequality in society is recognised as a huge driver of mental illness. In countries like Africa where a huge number of illegal guns are in circulation, these are generally used or held for practical purposes such as crime or self-protection. Rarely in societies where everyone is equally poor, such as in the case of the black community, do people go out and aimlessly kill people they have never met.

A reason for this might be the selfishness that capitalism creates in aspirational communities. The simmering resentment of those who feel that others have something they do not, whether it is money or happiness.

Contrary to popular belief, the black slaves in the southern states of America were not always as passive as history portrays them? History is written by the victors after all. Passive slaves tending the cotton fields makes the guilt of the white people easier to bear. Much easier than hearing about those who fought against their enslavement.

In Haiti the slaves rose up and butchered the white slave owners. The idea that the black slaves might rise and claim the white women and the property of their white overseers may be a deeply rooted fear in the subconscious mind of the white population? In the same way that in the UK people fear immigration as a threat, which at times seems completely irrational. There has been migration since the very earliest human civilizations after all.

it could be that this deeply rooted fear is, that if people’s guns were taken away by the government, white Americans would be left powerless?

The argument that if the Jews were gun owners there would have been no Holocaust, or no Armenian massacre of a million Christians, is often cited by gun owning advocates.

That could explain the obsession with gun ownership, but who really knows…?

Both SigmundFreud the founder of psychoanalysis and Jung his disciple, both believed there were basic animal instincts so deeply rooted in the human mind we are not aware of them. Freud believed that WW1 was so violent because leaders had found a way to tap into these subconscious fears.

At the end of World War Two, Lt. Colonel Douglas McGlashan Kelley at just age 33, was involved in testing the Nazis for mental competency prior to the Nuremberg trials using the Rorschach test  ‘Inkblot’ test. The Nazi leaders were judged sane and Kelley upset people when he claimed people like this could have just as well have existed in America. This idea did not go down well with everyone in God’s chosen country.

Himmler committed suicide and was not tested. He was considered a ‘bit out of whack’ even by the Nazi leadership. An upper face half intellectual, lower face half psychopath it was pointed out.

Kelley after the war had been appointed Associate Professor of Psychiatry at the Bowman Gray School of Medicine in North Carolina, and in 1949 he was appointed Professor of Criminology at the University of California at Berkeley. He had written several successful books and was judged an accomplished man.

Fascinatingly, Kelley committed suicide in front of his wife and children on New Year’s Day 1958 by ingesting a capsule of potassium cyanide. Kelly had burnt something on the stove – he went upstairs and came down frothing at the mouth before collapsing and dying.

Hermann Göring, whom Kelley had come to know during his psychiatric evaluation at Nuremberg also killed himself in this manner around twenty years before. This was detailed in Jack El-Hai’s nonfiction book; The Nazi And the Psychiatrist.

The term crazed gunman is overused. These shooters are aware of each other and they may be making a statement, like the University of Texas shooting, where on August 1, 1966, Charles Whitman, a former Marine sharpshooter, having killed his wife and mother, picked off people at random from the top of a university building. Whitman’s motive was he hated his father and his aim was to get back at him and then take his own life in a suicide-by-cop. He had a small brain tumor but that was discounted,

The temptation to take drugs and alcohol, or to gamble to relieve the pressures of stress and boredom by those struggling is understandable but it is a mistake.

We all like to relax and have fun, but staying in control of your own mind takes self-discipline.

Let your vices control you, and then lose control of yourself and you never know where it might lead? 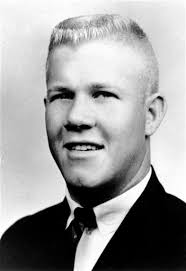 Image: Charles Whitman University of Texas shooting. Sixteen people were killed in total; a 17th victim died in 2001 from injuries sustained in the attack. 31 people were wounded.

How to develop your speaking skills and enhance your legal career

How to Influence and Inspire Others More Effectively

Failure and Fault: What the NatWest case tells us about corporate liability for money laundering

Legal change in Cyprus – what you need to know

Achieving accessible justice through effective participation in courts and tribunals

Getting work as a paralegal

Are your Barristers’ Chambers Secure and GDPR Compliant? Is your printer a major GDPR security risk?

Are tax enquiries leading to a fraud investigation?